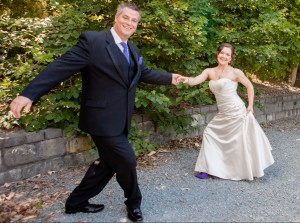 Paul and Sarah Neary started ‘Swing Express’ in 2015. Swing Express classes are fun, friendly and a great way to make new friends. Come and share the joy of jazz era dancing with them! 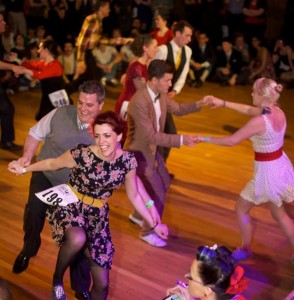 Paul: Paul has enjoyed sharing his love of swing with thousands of dancers all over the world.  As a student in the very early days of the now internationally renowned Swing Patrol in Melbourne, Australia, Paul developed an obsession for swing dancing from the outset. After a successful stint competing and performing in Australia, winning Pan Pacific and State titles in both Swing and Rock ‘n’ Roll dance styles,  Paul moved to Edinburgh, Scotland, in 2002 where he co-founded ‘Swing Out Scotland’, and from there, to Galway, Ireland, in 2003 where ‘Galway Swing‘ was born. After heading up Galway Swing for the past 12 years, Paul brings his vast amounts of experience in teaching, competing and performing, including film and television work, to the West Midlands. Fun fun fun is Paul’s motto, and he brings good times and a laugh whenever he teaches. 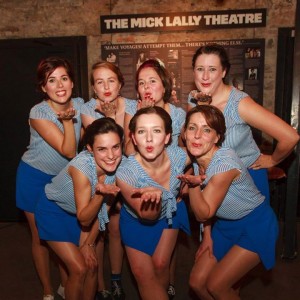 Sarah: Admired for her talent, hard work and dedication, Sarah holds the unique record of being the only person to have placed in events at Ireland’s biggest swing dancing competition, the Galway Lindy Hop Championships, as both a lead and a follow, displaying her versatility and ability to understand all aspects of her craft. Sarah also founded The Dipsy Doodles, Galway’s renowned all-girl Charleston troupe, captaining the team and choreographing routines for them to perform and compete all over Ireland. Sarah is often sought after to assist groups and couples with choreographies for special occasions. She brings a small dose of discipline to help round out Paul’s larrikin ways.

“Paul and Sarah’s classes were really inspiring. They taught us so much but in such a fun way that I never felt overwhelmed. I’d highly recommend them.

What are you looking for?